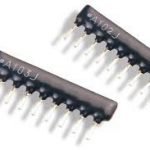 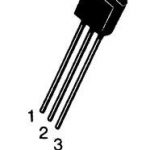 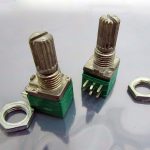 What is Resistor Networks?

Resistor networks are combined by several resistors with the same value, they are use one  of the same common pin are connected together as a common pin. The remaining pin leads to normal. So if an exclusion is constituted by the n resistors, then it will have n 1 only pin, in general, that is the left-most common pin. General exclusion on a color point marked out. The resistor network is generally used in digital circuits, such as: as a parallel port on the pull-up or pull-down resistor with. Using resistor network is more convenient to use a number of fixed resistor.

Difference between type a and b.

You've just added this product to the cart: